If you were to ask 100 anesthesia providers what a patient’s underlying condition(s) warranted in the form of an ASA Physical Status code, you would most likely get a varied response. This is what the American Society of Anesthesiologists discovered after doing a recent study.

The cause – these risk identifiers are subjective in nature, leading to a lack of consistency in application, often by anesthesia providers within the same group practice.

The modifiers are as follows:

Although there may not be a heightened level of concern by practitioners over this labeling system, perhaps there should be. Although Medicare does not pay extra for the physical status codes, they can make a big difference for commercial and other non-federal revenues.

Take, for example, patients with poorly controlled diabetes/hypertension, or those with a BMI score of 40 or higher. These patients qualify as an ASA 3, but are often designated as an ASA 2 in error.

Also consider patients with a recent history (past 3 months) of Transient Ischemic Attacks (TIA) or Coronary Artery Disease (CAD) with stents, which are sometimes undervalued from their appropriate level of an ASA 4.

Training on how to appropriately use this risk rating system typically comes in the form of anesthesia providers asking their colleagues what modifier they would assign. Of course, this approach only works well when the person that you are consulting with has the correct answer.

From a billing standpoint, many insurance plans pay an additional 1-3 units for ASA 3-5, respectively. Some payors also use “ASA 3 and above” as the threshold for coverage on many Monitored Anesthesia Care (MAC) and GI endoscopy procedures.

The bottom line – If providers within a group practice don’t have a clear understanding of this labeling system, it will cost their employer real money.

To provide assistance on this front, MSN Healthcare Solutions has included a link below that supplies current definitions and examples for each ASA Status indicator.

It is recommended that practices print a copy of this guide and place in a conspicuous location within their anesthesia office, to promote dialogue and ensure uniformity in charting. 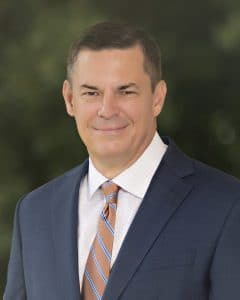 This educational guide was prepared as a tool to provide education for documentation and coding. It is not intended to affect clinical treatment patterns. The material provided is for informational purposes only. Efforts have been made to ensure the information within this document was accurate on the date of distribution. Reimbursement policies vary from insurer to insurer and the policies of the same payer may vary within different U.S. regions. All policies should be verified to ensure compliance. CPT® codes, descriptions and other data are copyright of the American Medical Association (or such other date of publication of CPT®).All Rights Reserved. CPT® is a registered trademark of the American Medical Association. Proprietary and confidential document.  All rights reserved. No part of this document may be reproduced or used in any manner without the written permission of MSN Healthcare Solutions, LLC. 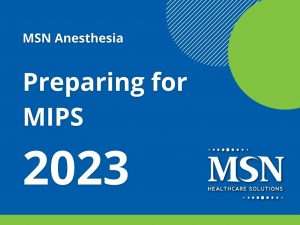 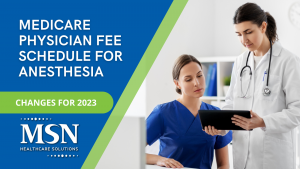 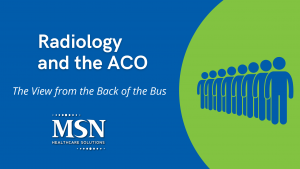 Radiology and the ACO: The View from the Back of the Bus 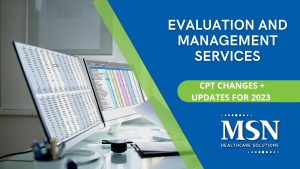 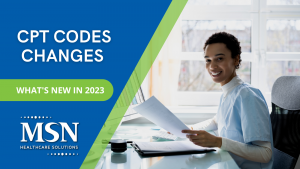 Want to Learn More About MSN?

To discover more about all MSN has to offer, complete the MSN Services Inquiry form.

To stay up-to-date on the latest industry news, sign up for MSN email communications.

If you would like to learn more about MSN services for your practice, please call us or use the form below.

Proactive communication and education are essential to running efficient and profitable practices.
Sign up below to receive regular industry news!