The Other Side of Leadership

The Other Side of Leadership

We associate leadership with prestige, accolades, applause and admiration.  Who wouldn’t want to be there—receiving honors, thanking those who made success possible and setting the course for an admiring group of followers?  On the other hand, how many inspiring leaders have you actually worked for?  We’re not talking about those with titles or authority, but the few people who come to mind when you think about someone who made a difference in your life and in the success of your organization?

What makes leadership so hard?

How do you feel when you see prominent figures on stage lecturing you about your energy usage when the next camera shot shows them getting on private jets to fly back across the ocean?  Or the sales manager who states his company achieved success in the radiology industry because of their focus on customer service—but after an attentive courtship and sale, he never again answers your calls or responds to e-mail?

One of the more difficult things about being a leader is that you no longer have the luxury of anonymity.  The initial recognition of your position and importance may be flattering but, from your employees to the industry at large, every word and deed is being watched and weighed.  If you sulk through a bad day or are experiencing a stressful period in your life, the mood of the entire organization can drop in response to your demeanor.  If you emphasize honesty to the staff and then they hear you lie to one of the physicians about why collections are down, what is the real message?  If you promote respect and open communications but then rage in front of the entire office at the person bringing you bad news, what are your employees to conclude?

Face it—sometimes leadership sucks.  We too often find ourselves placed in leadership positions and then left to figure things out.  In the beginning, we may try to mimic managers who set good examples and avoid behaving like those who were clods.  We want to make a mark.  We make mistakes while learning and hope in retrospect that the wreckage our behavior caused wasn’t too awful.

Leaders are on stage.  All the time.  It may not be fair but it is reality and as practice managers, we deal not only with our own leadership challenges but must assist physician leaders as they rotate through key positions and are also measured in the process.  We also represent our organizations in key business relationships with hospitals and other service locations, smoothing over misunderstandings, correcting problems and sometimes, knowing when to professionally terminate a relationship.  There are seldom days of inconsequential decisions.

Jeannie was excited about her promotion to A/R supervisor.  She had worked with the insurance follow-up team for several years and had set an example in terms her productivity and effectiveness getting claims paid.  She looked forward to implementing some new policies that could step up the quality of work for her assigned staff and didn’t understand why they seemed to be resisting.  She also knew they were angry and talking behind her back when she issued warnings about not abusing break periods.

Jeannie was surprised the day she was called into the billing manager’s office.  Several employees had complained that she was punishing them for occasionally clocking in from their breaks a minute late when she was fifteen minutes late starting work every morning.  And while she had previously set the mark for productivity, her few remaining accounts had to be picked up others in the department in order to keep them from missing filing deadlines.  Finally, the staff reported when they approached her for help solving a problem, rather than giving them direction or guidelines, she often sighed and said, “Just give it to me.”  The “give it to me” stack of unresolved issues on her desk was now a foot deep and each employee worried about reprimands if those claims remain unworked and were eventually uncollectable.

The next hour was uncomfortable but in retrospect, Jeannie said it was just what she needed.  Her manager explained the difficulty of demanding strict time clock adherence when Jeannie was late getting to the office every morning.  The manager reminded her that her behaviors and performance were behind her promotion and the expectation of setting an example still prevailed.  They also discussed how Jeannie taking over each problem was becoming an issue, both in terms of backlogs and the fact employees were not being taught how to follow up effectively themselves.  Jeannie admitted she didn’t know the answers to some of their questions but felt she could research them and learn what to do, providing direction afterward.  There was a problem with the problems, however!  They were stacking up unresolved because the day just seemed to disappear before that research could be done.

At the recommendation of her manager, Jeannie sat down with her staff and proposed two or three brief meetings each week to discuss and solve problems they were encountering.  She asked them to group their problems by type when possible and requested that those who had resolved similar problems in the past provide tips regarding how.  If there were no issues, the group would not meet.

At the same time, Jeannie worked to ensure she arrived at work early.  Instead of jumping on each individual infraction regarding the time clock, she monitored patterns and addressed them personally with each employee involved—but only after her own patterns were corrected.  She also worked with her manager to develop a more productive work schedule that enabled her to again set the example with her assigned worklist.  Jeannie eventually became a manager others tried to emulate—but it involved a willingness to accept constructive guidance and a change in behavior.

With every decision, there is an element of risk.  Minimizing risk for the leader involves maintaining the perception of fairness, which in turn involves understanding how actions are perceived by an outside person.  We all have favorite employees and it is easy to forgive their faults here and there when their overall contribution makes the wheels turn smoothly.  However, just as the leader is judged by his actions, two judgments occur when another employee seems to function under a special set of expectations and “gets away with everything.”  At that point, both the leader and offending employee are harshly judged.  This situation can damage an organization as other good employees leave in frustration, although it may not be career-fatal for the leader.

However, getting caught between physician factions can be career-fatal.  Or consistently failing to follow up on promises made to physician leadership. Or hard-lining a stance with the hospital system (even at the direction of the group’s board) that results in an RFP and losing the contract.  Or taking on development of an imaging center but not finalizing Medicare and other contracts until six months after opening.  Or finding out during an investigation that a handshake billing arrangement set up by the physician President violates anti-kickback regulations. Or, or, or…

It’s a tough world out there!

At some point, a leader probably wants to shout, “not fair, I’m human too!”  Our expectations are high as we look to that person to accurately guide, always have the right answers and reassure us of the course we’re taking.  It’s a huge job in an unforgiving world.

Like Jeannie, many of us were placed in leadership positions with the expectation we inherently knew how to direct other people if we ourselves had strong work habits.  Or if we had successfully run a hospital MRI department, how hard could it be to run a radiology practice?  For every leader who stepped up to the challenge, there are several who failed and in some cases we continue to watch them falter as they move from one organization to the next.  We’ve met them, good and bad, worked for them and been impacted by the experience.

Each person receiving public accolades has also returned home bruised and battered on numerous occasions but resiliently walked back into work the following day, vowing to learn, refine actions and the good ones do so successfully.  They are driven, self-aware and self-correcting.  Their ability to manage, select strong supporting talent and effectively communicate moves them forward.  Their gut instincts are solid so mistakes are few and successes are consistent.  They accept the risk of their highly visible positions and the demands of constant evaluation by those around them.

Leadership is attractive and something many of us will strive for.  More will fail than succeed if they fail to recognize the need to continually refine skills, learn and grow.  At the same time, there is an opportunity to make a positive difference in the lives of others by taking care of those little things by which we are measured and it is gratifying to do so.  There is also the reward of being able to say, as you’re closing the door to your office and everyone else has gone home, “This was a good day.” 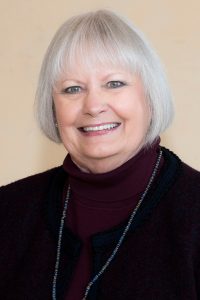 PrevPreviousIndustry News Round Up
NextSelecting A New Anesthesia Billing CompanyNext 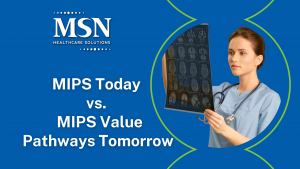 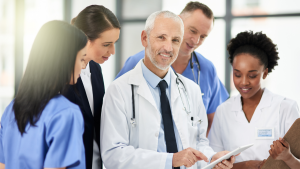 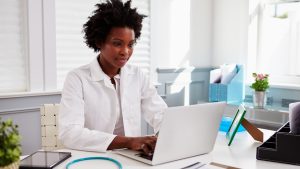 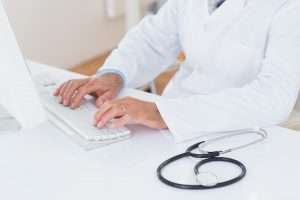 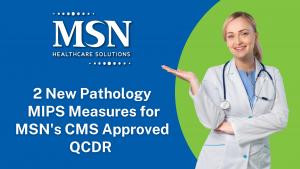